The complete implementation of El Salvador on accepting Bitcoin (BTC) as one of its legal tender, has completely revolutionized the entire crypto industry. In spite of this, El Salvador became the first country in the world to make BTC as its legal tender.

Moreover, the complete adoption of BTC legal tender went live in El Salvador from September 9th. However, there was obviously mixed feedback on all sorts from the people of El Salvador.

Also, all those who went against and proclaimed against the government and the President, Nayib Bukele’s decisions were cornered and arrested almost instantaneously on several incidents.

Besides all this, the leading mexican based international airlines, the Volaris now starts accepting BTC as payments in El Salvador.

Volaris, is actually a mexican based airline firm, started in the year 2005. Moreover, it is the second largest airline from Mexico. Also, it has two subsidiaries, the Volaris Costa Rica and the Volaris El Salvador.

In spite of becoming quite established within a short period, the airline has become a major firm. Accordingly, Volaris El Salvador, now becomes the world’s first airline to accept BTC payments.

On the other hand, upon a recent event held by Volaris, President Nayib Bukele termed that they are completely overwhelmed with Volaris accepting BTC payments.

Moreover, he terms that this will drastically increase the flight traffic for El Salvador at the same time making Volaris the first airline in the world to accept BTC payments officially.

In addition, all these views of the President were tweeted as a tweet upon his official Twitter page from his office. Also, another Mexican airline TAR Airlines also views adopting BTC payments too. 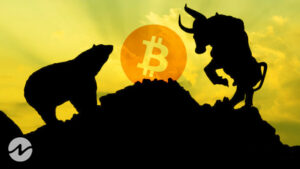 Bitcoin (BTC) Price Level to End on a Positive Note This November? MetaVisa Announces $5 Million of Fundraising in Seed and Private Round