Teething difficulties plagued El Salvador’s historical acceptance of bitcoin as legal money on Tuesday. A furious protest of suspects, technological difficulties, and a dip in the crisis masked the deployment.

The daring attempt began when Salvadoran President Nayib Bukele protested soon after midnight. That the government-funded bitcoin software was not on several internet platforms, including Apple and Huawei.

When El Salvador tendered Bitcoin, a poll was carried out to see whether American people in the United States favored or opposed such actions. Of the 4,912 participating adults, 61% did not fight it.

On Thursday, Yougov America Inc. ran a poll to discover whether people favor or object to the usage of Bitcoin as a legal currency in the United States. A total of 4,912 people participated in the poll throughout the nation. Yougov is a London-based multinational research and analysis organization.

“Would you support or oppose the U.S. making bitcoin a legal form of currency? This would mean that businesses would accept bitcoin in exchange for goods and services, in addition to continuing to accept the U.S. dollar.”

Among the male participants, the number of individuals who strongly favor Bitcoin as legal money has increased to 15%, while 17% have expressed a degree of support. Of the female respondents, just 7% strongly favor it, and 14% support it. 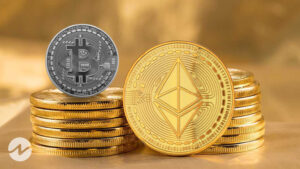