The meme currency Shiba Inu (SHIB) price has surged 30% since January 10 and is now hovering at a critical level. If the recent high of $0.000033 is breached, $0.000035 might be the next target on the upside. “Shiba Inu Robinhood listing said to come as early as Feb,” ZeroHedge reported on social media, was the driving force for the action. However, there was no response from Robinhood in response to the tweet.

Prices encounter stiff resistance at 0.000033, where a double top is formed on the 4-hour chart. On January 13, the meme coin tested the indicated level and immediately plummeted, but it quickly rebounded to the same level. As a result, trading at this level is essential. The bulls have support from the ascending trend line from the January 10 lows of 0.000026.

In terms of technical analysis, the daily Relative Strength Index (RSI) has fallen from a high of 69.0 to 60. Moving average convergence and divergence (MACD) are both trading above their midlines, indicating that the pair has some intrinsic strength.

With $1.63 billion in holdings on the 1,000 largest Ethereum wallets, the FTX token surpasses Shiba Inu to take over as the greatest holding among whale-tier accounts on the WhaleStats tracker.

FTT had an approximately $200 million advantage over Shiba Inu, but owing to significant market activity and the rapid emergence of incoming purchasing power from whales, the token could reclaim the top spot. According to CoinMarketCap, the Shiba Inu price today is $0.000031 USD with a 24-hour trading volume of $1,053,409,671 USD. 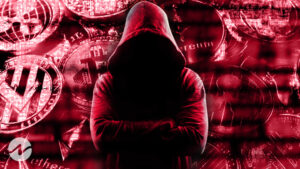