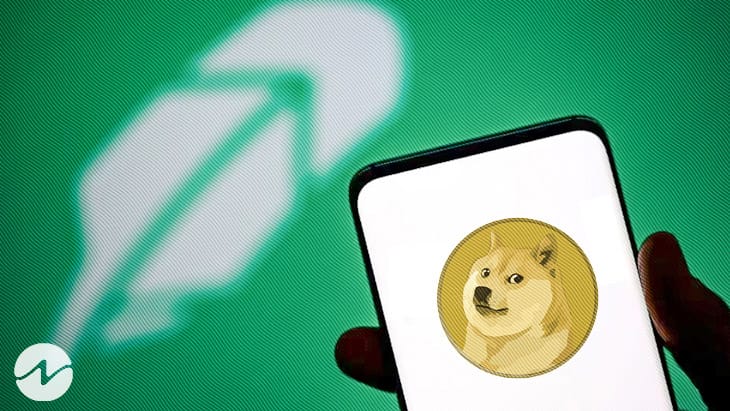 With the announcement of the Robinhood Wallet’s release yesterday, Robinhood has officially entered the cryptocurrency wallet market. This is mobile software that allows users to trade and transfer digital assets such as cryptocurrencies and NFTs. The wallet’s other capabilities include the ability to make cryptocurrency exchanges without incurring any network fees.

More than a million people have signed up for Robinhood’s waitlist, and the company says it is slowly rolling out the service to those people. Yet many were disappointed to find that Dogecoin (DOGE) wasn’t initially supported by the wallet.

When the DOGE community voiced worry about the wallet’s lack of support for the asset, the U.S. retail trading platform said it is “hard at work” on a solution. The news was well received by the meme community, especially because it was revealed that Robinhood will soon begin listing new meme cryptocurrencies.

The official answer is in line with what Johann Kerbrat, Robinhood’s General Manager of Cryptocurrency, has said before. In response to questions about Dogecoin, Kerbrat said that they want to add other chains and assets, however, they would not say which ones.

Nonetheless, Dogecoin may be traded on Robinhood’s trading app right now. Further, the corporation said in August 2021 that Dogecoin (DOGE) accounted for around 62% of sales in the second quarter of 2021. This number topped that of both Bitcoin and Ethereum combined.

A new media agency called Sherwood was also recently formed by Robinhood to provide news and information on the financial markets, economics, business, and technology.