One of the most well-known NFT collections, Bored Ape Yacht Club (BAYC), created by Yuga Labs (a $4 billion corporation), made news recently when it filed a lawsuit against an established artist for trademark infringement. These new developments might lead to an unexpected outcome for the corporation.

Class-action litigation against Yuga Labs is being organized by Scott+Scott, according to a statement made by the company late last week. If the case goes through, Yuga will be accused of misrepresenting the true worth of the collection’s native Ethereum token ApeCoin and the Bored Ape NFTs as securities with guaranteed returns.

A federal court lawsuit has not yet been filed on behalf of the plaintiffs in this case. Scott+Scott is still looking for plaintiffs who lost money when they bought Yuga-backed NFTs and tokens between April and June.

The court’s decision on whether non-fungible tokens are securities, akin to shares in a firm with potential for appreciation, will be critical to the suit’s success if it is filed. By failing to meet the disclosure and registration requirements associated with issuing securities, Yuga Labs would be in violation of federal securities laws.

So far, the SEC has refrained from categorically classifying any NFT as security. This may be due to the fact that the SEC has long opposed bringing in the larger art market within its jurisdiction. The Supreme Court established the so-called “Howey Test” in 1946 to determine if a financial product is a security, and it has been used ever since.

The possible class-action complaint against Yuga alleges that clients acquired artworks based on an artist’s or a collection’s reputation, which is the basis for the potential class-action suit. 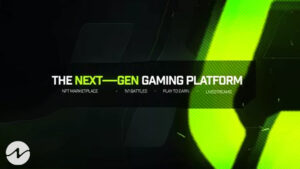