When a transaction is made on any blockchain, Whale Alert keeps track of it all and maintains it in a single database in a traditional manner. With the help of humans and artificial intelligence, automated assistance is employed to maintain these databases up to date.

An unnamed whale has sent an enormous amount of XRP crypto to Bithumb from an anonymous wallet. According to blockchain monitoring and research company Whale Alert, the transaction’s total value was highlighted as being $13,204,297 US dollars.

Hundreds of millions of dollars of XRP have changed wallets by crypto whales in a single day. Massive crypto transfer networks were discovered by Whale Alert’s blockchain monitoring and research tool. According to Whale Alert data, the transaction occurred at 06:15:30 UTC on Dec. 20, 2021.

Even on its official Twitter handle, Whale Alert mentioned the transaction:

Ripple’s XRP tokens are a fast, inexpensive, and scalable alternative to existing digital currencies and conventional monetary payment methods like SWIFT. Ripple’s attorney John Deaton recently made a controversial claim about what would happen if their client won the lawsuit: only BTC and XRP would be safe. 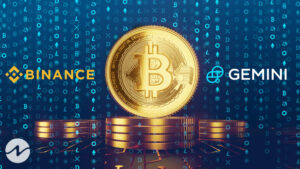