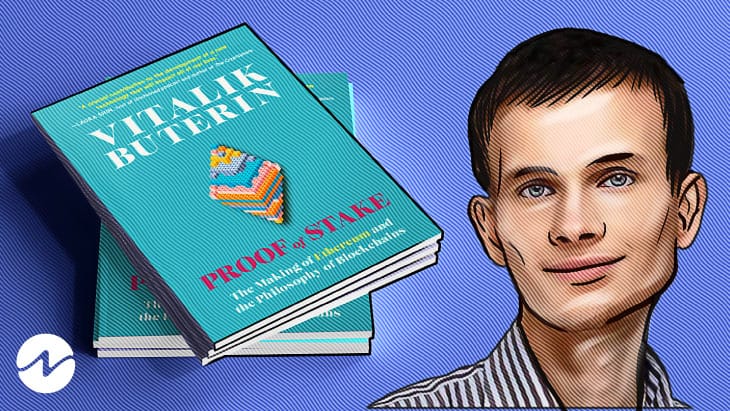 The Ethereum developers are putting a lot of time and effort into preparing the community for the upcoming Ethereum Merge. Vitalik Buterin, co-creator of Ethereum, has announced the release of a book compiling his previous articles on the subject of blockchain development.

The title of the book is PROOF of STAKE and has a tagline that reads, “The making of Ethereum and the Philosophy of Blockchain.” The timing of the book’s release couldn’t be better, as the Ethereum community eagerly anticipates the network’s switch to proof of stake.

Two weeks after the official date of the Ethereum Merge, on September 27, the book will be published. Buterin has written extensively on the subject of creating Ethereum, and his collected thoughts on the subject are collected in the book.  Moreover, Buterin has included the co-thoughts from his several articles written before and during Ethereum’s meteoric climb.  Buterin tweeted about the publication of the book on Wednesday. Digitally signed electronic copies and NFTs are available to readers on the Gitcoin platform.

“Proof of Stake”, the (physical and digital) book compiling various writings I have made over the last 10 years, will be out in a month! You can get a signed digital copy and NFT on Gitcoin. My share of the proceeds all goes to Gitcoin grants public goods!”

Moreover, the book cover said that Buterin’s writings focused on developing a web-native society. Indicated the Ethereum programmer was more concerned with the basics than the tokenomics. He was thinking through the challenges and opportunities of creating an Internet-native world while others around him were preoccupied with the rising value of their tokens.

Multiple Factors Behind Ethereum (ETH) Dumping Prior to Merge