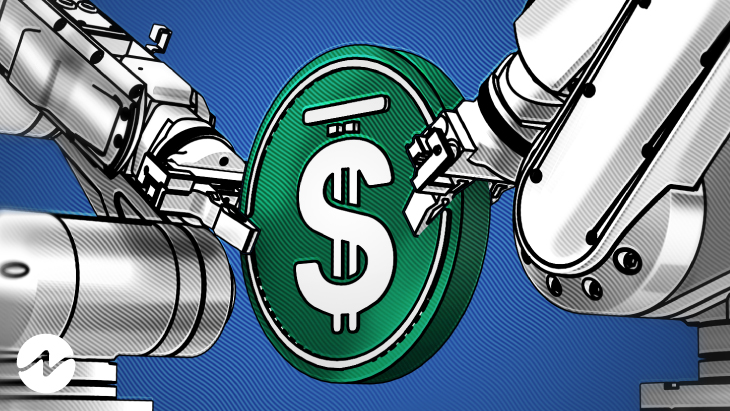 In light of Terra UST’s demise and the present state of the crypto market, many have turned their attention to USDD, a Tron-based algorithmic stablecoin. USDD value plummeted on June 13, and the inventor, Justin Sun, indicated that traders were shorting the digital currency. When asked whether he thought the shorts could endure 24 hours, Sun said that the Tron DAO Reserve would use $2 billion to “fight them.” During Monday’s crypto market turmoil, the USDD stablecoin dropped slightly to $0.977 per unit.

Tron DAO Reserve had to deploy money to protect the $1 parity on one of the worst Mondays in the world of crypto assets when USDD plummeted to $0.97 per unit. “For the market extreme condition, [Tron DAO Reserve] has received 700 million USDC to defend [the] USDD peg. Now USDD collateralization rate is nearly 300%”. According to a tweet from the group, the collateralization rate for the USDD has almost tripled.

Imagine it only costing $0.52 to send $700M USD? Now imagine it also being free to make this transaction when you stake your coins on #TronNetwork. You don't have to imagine anymore #Tron #TRX has always been this great! 💪👏 pic.twitter.com/3j6ny0tTNT