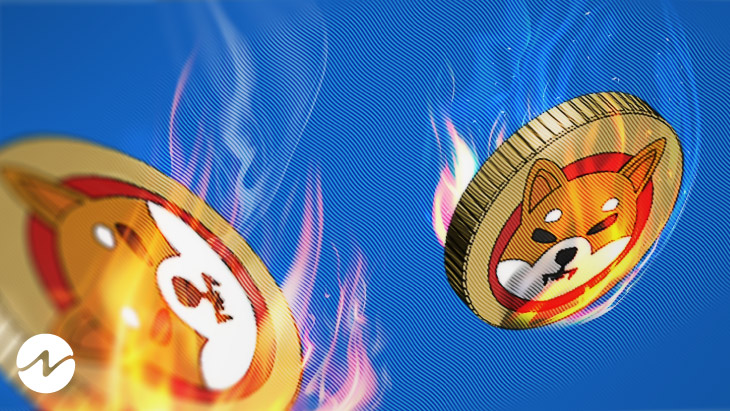 The SHIB Burn Portal has been used by the community to burn almost half a billion Shiba Inu (SHIB) in the last six days. A total of 120 Bone ShibaSwap (BONE) has also been burnt. There have been 111 transactions totaling 550,351,774 tokens (550.35M) routed from the Shiba Inu Community to the dead wallet in only six days, according to data from the monitoring site Shibburn.

A total of 38.9 million Shiba Inu were burned on Saturday, one day after 216 million Shiba were destroyed on Monday, the first day of August. When it comes to SHIB Burners, 1Cent Token is one of the most well-known. A total of two transactions were executed to burn SHIB and BONE by the project.

The 1Cent transferred 82,681,787 (82.68M) SHIB in the initial transaction to the deceased wallet. A total of 120 Bone were obliterated at the same time that the project completed its second notable deal.

Following the introduction of its CCG game Shiba Eternity, the meme coin has been quite aggressive in its development. The addition of the meme currency to the list of tokens supported by the Binance Card was another significant milestone. Investors are particularly apprehensive since they don’t know what’s coming next.

For a long time, the ups and downs of SHIB have been the cause for alarm. For the last two weeks, Shiba Inu has maintained a correlation of 0.9 with Bitcoin, which is not good news. These factors might have had an effect on growth as well.