In REEF coin price prediction 2021, we use statistics, price patterns, ADX, and much other information about REEF to analyze the future movement of the cryptocurrency.

Reef is a Polkadot-based DeFi platform that aims to provide cross-chain trading. Among the project’s offerings are a yield engine and a smart liquidity aggregator. Work on the project began in the second half of 2020.

Reef Chain is a DeFi EVM compatible chain. It is fast, scalable, has low transaction costs, and does not mine inefficiently. It is based on the Polkadot Substrate and includes on-chain governance.

Wyckoff developed a price action market theory that is still widely used in trading today. According to the Wyckoff method, the price cycle of a traded instrument has four phases: accumulation, markup, distribution, and markdown.

Accumulation Phase: The accumulation process is depicted on the chart by a ranging price structure. Bulls are gaining power slowly, and as a result, they are positioned to drive prices higher. Despite the fact that the Accumulation stage is associated with the bulls gaining control, the price action on the chart is flat.

Markup Phase: Bulls obtain enough traction to push the price above the upper limit of the range. This is a signal that the price has entered the second stage and that a bullish price trend is developing on the chart.

Distribution Phase: This is the third stage of the theory. The bears are intending to retake control of the market during this phase. At this point, the price action on the chart is flat, as it was during the Accumulation process. A sustained failure of price to create higher bottoms on the chart is one indication that the market is in the Distribution stage. Lower tops are formed as a result of the price action, indicating that the market is currently in a selloff.

Markdown Phase: Following the Distribution phase, the Markdown process occurs as a downtrend begins. It implies that the bears have gained enough financial power to push the market downward. The markdown is confirmed when the price action breaks below the lower level of the horizontal distribution channel’s flat range on the chart.

Moreover, after this phase the entire process repeats starting from the Accumulation Phase.

Currently, REEF coin is at its Markdown Phase of $0.015. After this, REEF would continue to follow the accumulation phase where the price will rise. With this pattern, REEF coin will soon reach $0.039. If the trend reverses, then the price of REEF may fall to $0.006 presenting bearish signal.

The below chart shows the support and resistance level of Reef (REEF).

From the above chart, it is observed that the following are the resistance and support level of REEF coin.

The chart depicts the bearish performance of REEF over the previous month. However, REEF coin will continue with a bullish signal and reach resistance level at $0.031. On the contrary, if the trend reversed then REEF might fall to $0.006 presenting a bullish signal.

Let us now look at REEF’s Average Directional Index (ADX). In particular, the ADX assists traders in determining the strength of a trend rather than its direction. It can also be used to determine whether the market is changing or if a new trend is beginning. It is, however, linked to the Directional Movement Index (DMI).

The above chart represents the ADX of REEF lies in the range at 36.69, so it indicates a strong trend.

The REEF coin is one of the cryptos which is great for long-term investment. In addition, REEF coin price prediction is bullish. It has a good chance of reaching $0.039 this year. However, this will only happen if many previous psychological barriers are broken.

Furthermore, with the advancements and upgrades on the REEF ecosystem, the performance of REEF would rise reaching $0.039 very soon. But, it might also reach $0.05 if the investors believe that REEF coin is a good investment in 2021. 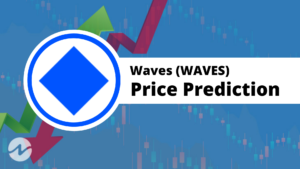