Ethereum (ETH), which was anticipated to regain $2,000 levels following its Merge upgrade, was drifting to the $1,327 level. Additionally, ETH reached the $1,200 price range on Wednesday. The Merge was done on September 15 of this month, switched from a proof-of-stake (PoS) mechanism to Proof-of-Work (PoW) consensus to make Ethereum more energy-efficient.

Unexpectedly, there is a major twist for everyone, the merge effects were turned down. Over the last ten days, Ethereum’s price fell dramatically on the market. Additionally, the Ethereum market cap has dropped significantly to over $162 billion, with a stable trading volume of roughly $18 billion over the past day, as per coinmarketcap.

The price range of Ethereum has recently outperformed Bitcoin (BTC) in the market by a wide margin. It is due to the anticipation and excitement around Ethereum’s Merge upgrade. Also, the price of ETH was in a bullish trend, the price range of $1,600 started rising steadily to the $1800 mark.

Within 24 hours of the Merge implementation, Ethereum’s price decreased by below $1,500. This unfavorable effect of the price decline became a notable disappointment for both the whole market and the users.

However, after reaching the closing price of $1,252 on Wednesday, Ethereum slightly increased in back-to-back periods. Less than 24 hours after trading at a low of $1,252, ETH increased to a high of $1,346 on Thursday.

Moreover, Ethereum’s price was down by over 7% in the last 7 days and more than 25% in the previous month. At the time of writing, ETH traded at $1,327, as per CoinMarketCap. 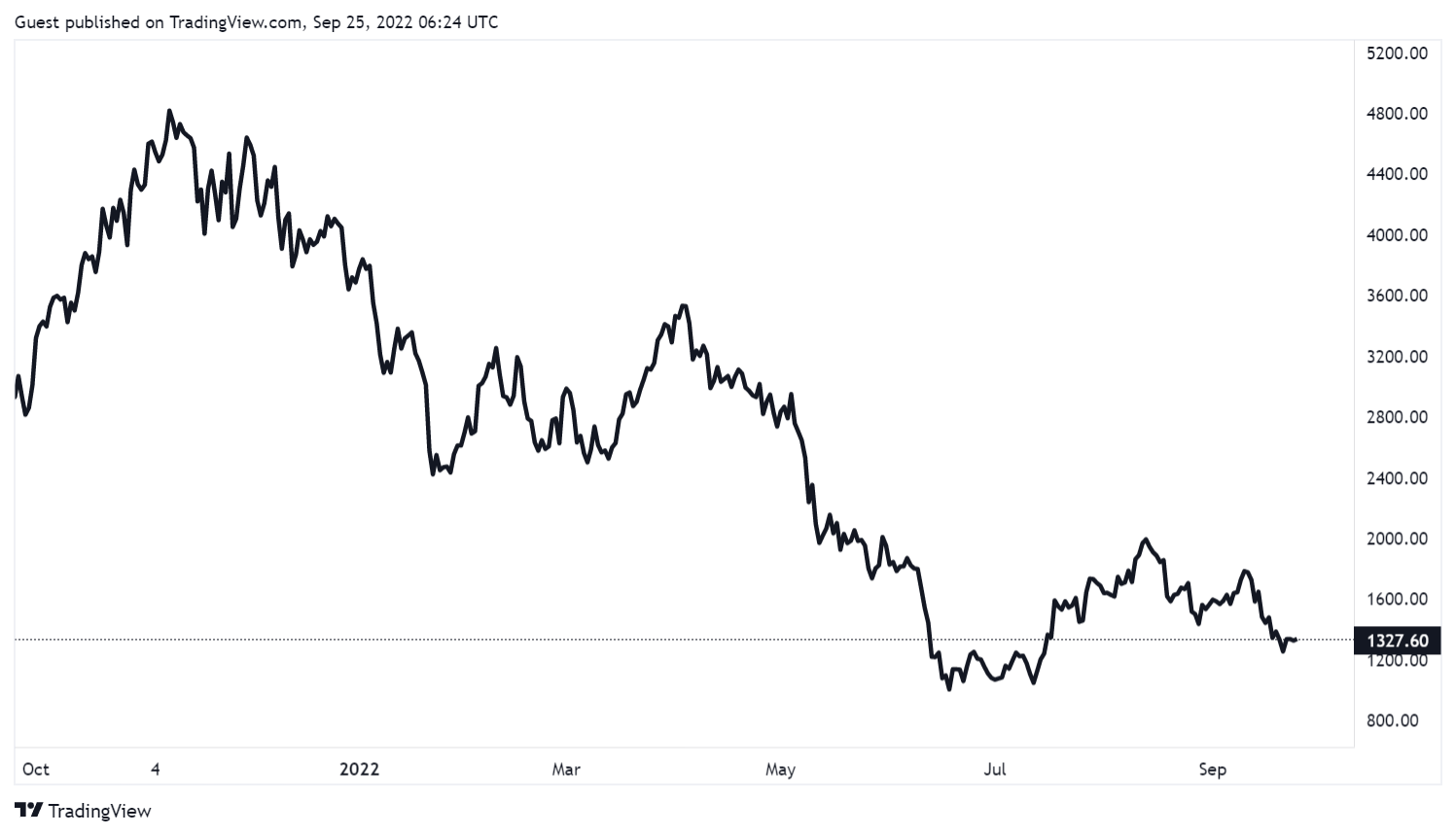