Poloniex, a worldwide cryptocurrency exchange, has established a partnership with the Fantom Foundation to help improve the ecosystem’s overall development. Decentralized projects and apps on the Fantom platform will benefit from the crypto exchange’s support for the blockchain.

In addition, the exchange will support the foundation by listing, publishing technical information, and anchoring unique marketing. Poloniex General Manager Shaun Scovil claims that the company attempts to help the sector grow. Its mission is to help protocol developers and other innovators reach their full potential. Finally, the organization sees itself advancing and developing as a leader in blockchain technology and innovation.

Poloniex, a worldwide cryptocurrency exchange founded in 2014, has developed rapidly since its inception. Customers may trade cryptocurrencies and other digital assets on its platform, which millions of people use. Many investors, including the founder of TRON, Justin Sun, invested in Poloniex in 2019.

Following the announcement of the partnership with Poloniex, Fantom CEO Michael Kong stated his pleasure about having Poloniex on board. This support from a crypto exchange, he said, will spur them on to greater innovation. Kong confirmed fantom’s readiness to collaborate with further projects. According to him, Ethereum developers may benefit from Fantom’s minimal cost, high security, and lightning-quick performance.

Smart contract protocol Fantom has lately earned much attention for its scalability, security, and speed. Its great performance in blockchain technology demonstrates its ability. Besides that, it’s dependable, handles millions of transactions per second, and comes at a low cost, giving it an advantage over other protocols in the market. 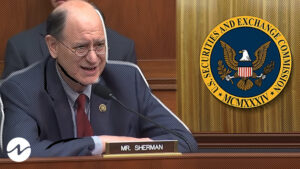