Coca-Cola has confirmed the launch of a new pride NFT collection to celebrate the LGBTQIA+ community. The collection was created in collaboration with multi-award-winning designer and LGBTQIA+ rights advocate Rich Minsi.

As part of the pride collection, Coca-Cola has developed 136 NFTs to show support for the LGBTQIA+ community and honor its members. All funds from the initial sale of 136 NFTs built on the Polygon (MATIC) Network.

NFT will be unique and aims to shine color-filled light on the community’s members and spread a message of love. And also pointed out that Rich Minsi’s artwork is based on the fact that Energy can not be destroyed, it can only be transferred, changed in form, locked up, or released. 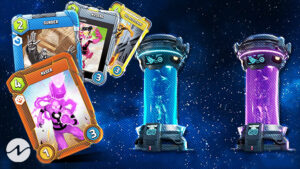