Hacks and scams have indeed become an integral part of the crypto and blockchain ecosystem. In such terms, one of the most prominent multi-chain and bridging platforms, the Meter gets hacked evidently. This accounts to be the third hack upon the blockchain sector and crypto industry for the year 2022.

Moreover, it’s estimated that the hackers have looted about $4.4 million. Among this, about 2.7406 Bitcoin (BTC) and 1391.23 Ethereum (ETH) were accounted for. In spite of this, the Meter Governance (MTRG) price slashed down evidently.

Firstly, the Meter is indeed a completely decentralized, blockchain and services provider platform. The Meter platform is built upon the ETH blockchain, as the main sidechain. Apart from being a platform focused towards Decentralized Finance (DeFi), the platform supports the rise of numerous Smart Contracts to function upon it.

On the other hand, one of the major highlights of the Meter platform is that it actually is a multi-chain platform bridging various blockchains, and thereby creating a link between two different blockchains.

Despite all this, on February, 5, 2022, the Meter platform was subjected to hack attacks around midday. And so, Meter officially announced that it’s platform has been under attack and has been hacked. In spite of this, Meter asked it’s users not to use or trade any wrapped version of BNB, mainly through MoonRiver. Moreover, the team from Meter, acknowledged that an anonymous person gained access through the weak points upon one of the bridges and looted the reserve of BNB upon WETH.

In addition to this, all bridge based transactions were halted and a complete investigation was carried out. Suspicions are on a bug attack on weak points of the bridge transactions. 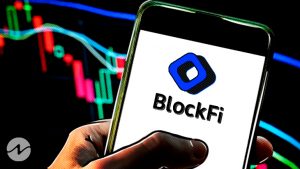