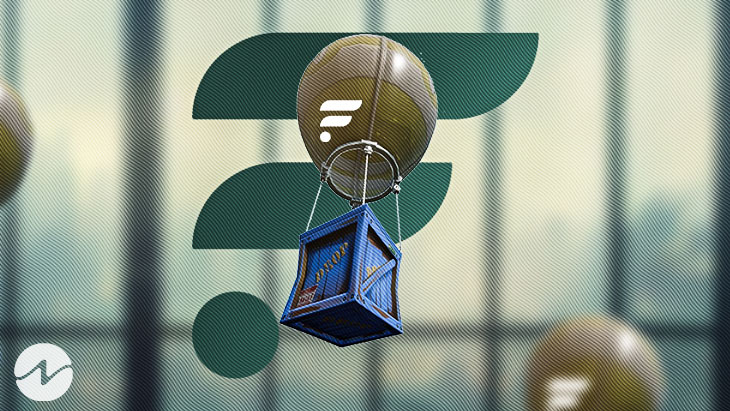 At 11:59 p.m. UTC on January 9, Flare, the blockchain for developing apps that utilize data from other chains and the internet, successfully launched its much anticipated token airdrop. One of the greatest scale distributions in cryptocurrency history, the airdrop saw 4.279 billion Flare (FLR) tokens issued to millions of recipients, including users on Binance, OKX, Kraken, Bithumb, UpBit, Kucoin, and more.

As a result of the airdrop, developers may now begin to use Flare’s native data-gathering protocols, the State Connector, and Flare Time Series Oracle, as well as its EVM. These network-secured native protocols allow for decentralized access to high-integrity data from other blockchains and the internet, opening up new use cases and revenue streams.

According to Hugo Philion, CEO and co-founder of Flare,

“For the blockchain industry to flourish, we need more useful decentralized applications. Flare is tackling this through data, not just prices but transaction details, Web2 events etc, so that developers can build applications that provide more utility to a larger group of users.”

Hugo continues, “Flare’s objective is to enable developers to build applications that securely access more data. This could enable new use cases to be built, such as triggering a Flare smart contract action with a payment made on another chain, or with input from an internet/web2 API. It also facilitates a new way of bridging, specifically to bring non-smart contract tokens to Flare for use in applications like DeFi protocols.”

Because of the State Connector protocols, information may be employed with smart contracts on Flare in a way that is secure, scalable, and reliable. This provides the network with access to a powerful form of data and enables the development of further solutions that use cross-chain communication. The State Connector is safe because it makes use of a binary forking protocol in conjunction with a distributed collection of attestor nodes. This combination makes it viable for the State Connector to compete against a data provider group that is hostile in the majority.

The security of the State Connector is not constrained by the amount pledged in the system, unlike a proof of stake system where data providers are required to stake money. As a result, the State Connector provides a secure system that can handle vast quantities of value and is invariant in its safety related to the size of a transaction.

Flare’s decentralized applications (dapps) may get highly decentralized pricing and data series thanks to the Flare Time Series Oracle (FTSO), which does not rely on data from external sources. Instead, it utilizes the network structure. The FTSO is a highly decentralized data feed oracle because it encourages around one hundred diverse data sources to produce reliable data every three minutes.