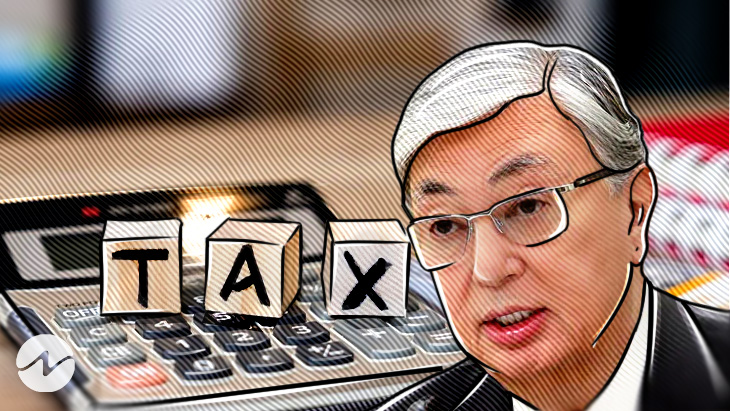 A bill extending Kazakhstan’s Tax Code to impose higher tax rates on cryptocurrency miners has been enacted by the country’s president Kassym-Jomart Tokayev. The tax will vary according to the volume and average cost of electricity used in the mining of digital currencies like bitcoin.

In terms of the distribution of Bitcoin (BTC) mining hash rates, Kazakhstan’s government is one of the largest countries in the world. President Tokayev has signed a new bill amending the country’s regulation on taxes and other mandatory payments to the budget (Tax Code).

According to Tokayev, the exact taxes will be calculated based on the average cost of the electricity used to make coins, per kilowatt of power is insignificant. The changes will take effect from January 2023 and the current price of 1 Kazakh tenge (US$0.0021) at the time of writing.

The new law boosts the application of the Tax Code and differentiated tax rates for mining cryptocurrencies. In addition, the personal income tax (PIT) rate on dividends was raised from 5% to 10% under the new Tax Code. Dividends on securities registered on a Kazakhstani stock market that were not exchanged during the relevant tax period are free from the deduction (criteria to be established by the Government).

During the crypto winter, Kazakhstan also made an effort to reduce cryptocurrency mining and shutting down coin minting operations throughout the country’s regions, and imposing limits on electricity supply.

After China tightened down the crypto market in 2021, cryptocurrency miners rushed to Kazakhstan. Previously, the nation of central Asia had a surplus of electricity, but since the influx, the national infrastructure has had trouble keeping up with demand.