Thirteen unlawful digital asset mining farms were uncovered and shut down by Kazakhstan’s Ministry of Energy. All of them were using over 200 megawatts of power at once. Thousands of citizens took to the streets in early 2022 to protest rising power bills, tearing the nation apart.

Following the turmoil, the government of Kazakhstan promised to tighten down on unregistered cryptocurrency miners because of allegations that they may harm the country’s electricity network.

Minister Bagdat Musin was quoted at the time as saying:

“Gray miners are doing a lot of harm to our power grid. The energy costs of illegal mining are estimated to exceed 1 gigawatt.”

The Energy Ministry found and shut down 13 illegal digital asset mining operations shortly afterwards. Karaganda, Turkestan, Pavlodar, and Akmola were only a few places where they were found. They also promised to keep identifying and disabling mining farms from the power grid that do not follow the guidelines. “White” miners who abide by the rules need not be worried, according to President Tokayev.

Kazakhstan is second in bitcoin mining at 18.1% of the worldwide hash rate. Only the United States is in the lead, with a percentage of 35.4%. The Kosovar government banned all cryptocurrency mining operations on its territory in early 2022 to reduce the country’s reliance on imported power during the coldest months of the year.

Government authorities soon after confiscated their first set of mining equipment. In the municipality of Leposavic, Kosovo Police and Kosovo Customs seized 272 “Antminer” Bitcoin mining devices. At the same time, officials confiscated an additional 39 digital asset mining devices in the capital city of Prishtina, 35 of which were operational at the time. 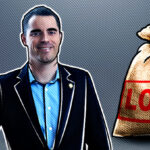