Unnamed Decentralized Finances (DeFi), a current hyped niche in the crypto industry, has offered a trader and Youtuber Tone Vays $500k for promotion.

Though unnamed DeFi offered money to Tone Vays for promoting. Nevertheless, he just ignored the offer.

However, on seeing Tone’s tweet about the scam promotion offer, one twitter user questioned him asking the coin’s name, he replied “No idea and don’t care”

In contrast, many twitter users were appreciating Vays for ignoring the offer. The Founder BurgerCrypto.com Marcel Burger tweeted saying that he “Respect Tone”.

Despite that, in July, Zeus Capital approached Scott, who does guest appearances at Coindesk and Anthony Pompliano, to post an analysis of Chainlink. Moreover, Scott never wants to make an analysis of a coin in return for payment.

Similarly, O’Leary, along with many well-known personalities Simon Cowell, Sir Philip Green, Holly Willoughby, and Jeremy Clarkson are featured in a bitcoin scam.  Although operated by fraudsters who steal celebrities’ images to lure crypto investors.

However, O’Leary told The Sunday Times he would never invest “a cent” in Bitcoin. Additionally, he compared this to a scam plan.

Moreover, many influencers asked to promoted several crypto projects. Despite that, only a few influencers accept payment for promotion. However, other influencers like Tone will just ignore the offer since they follow strict principles. 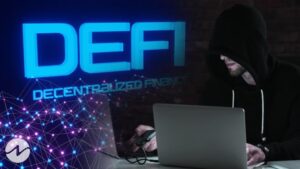