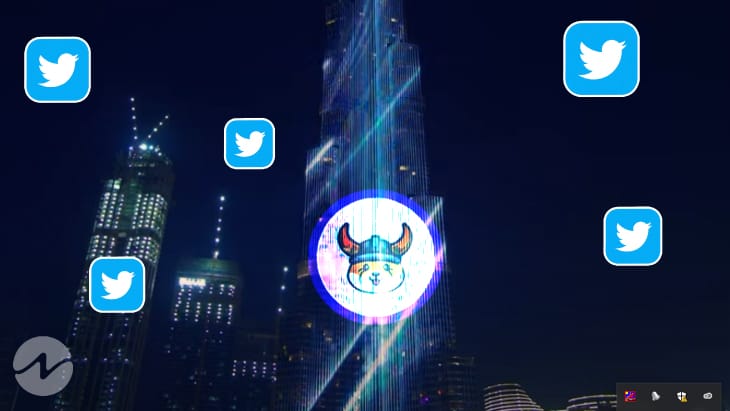 Tomorrow, the world’s highest structure, the Burj Khalifa, will be advertising Floki Inu, a meme currency initiative. In a tweet yesterday, the team disclosed this new development, and it is intended to be a major draw for the project.

As of right now, Floki Inu is engaged in three utility-related endeavours. In addition to Valhalla, the company is developing an NFT game metaverse, an NFT marketplace, and a content education platform dubbed Floki Inuversity.

Price Surge After the Announcement

Elon Musk was also mentioned, who is now one of the most powerful figures in cryptocurrencies. It was back in September when Tesla CEO Elon Musk tweeted a selfie of himself and his Shiba Inu with the message “Floki has arrived.”

Since the announcement of FLOKI’s display atop the Burj Khalifa yesterday, the team’s stock has surged. More than 14 percent has been added to FLOKI’s value within 24 hours, outpacing the whole cryptocurrency market.

After dipping into negative territory for several weeks, the cryptocurrency’s MACD line is now in the neutral zone. A positive trend in FLOKI’s performance can be seen by its RSI of 47, which indicates that the stock is moving out of the oversold zone. Just above the 50-day moving average, FLOKI is trading at $0.0001601.