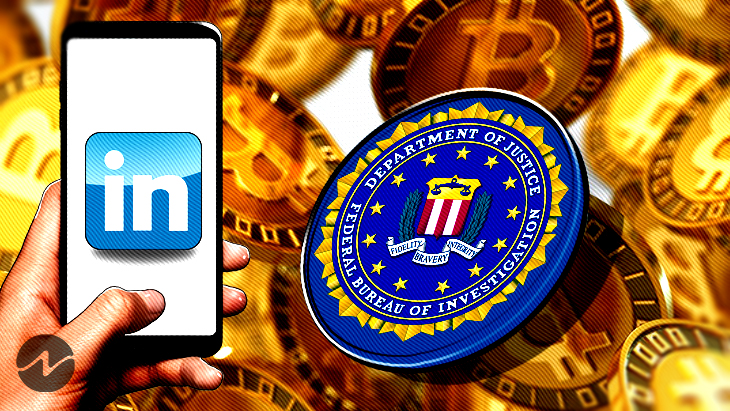 On Friday, FBI special agent Sean Ragan said in an interview that Scammers appearing as cryptocurrency investors on LinkedIn represent a “serious threat” to users safety.

The FBI’s special agent in charge of the San Francisco and Sacramento field offices, scammers who use LinkedIn to attract users into cryptocurrency investment, shows a serious risk to the platform and users.

JUST IN: FBI has warned #crypto users for cryptocurrency scams on LinkedIn.

According to the company’s semiannual report on fraud, it deactivated more than 32 million fake profiles from its network and they deleted over 99.1% which is 136 million instances of spam and misleading content from its site in 2021.

According to the report, its automatic defences prevented 96% of all fraudulent accounts between July and December 2021, including 11.9 million that were stopped at registration and 4.4 million that were proactively banned. 22k fraudulent profiles which reported by LinkedIn users were all removed.

From January 2021 to March 2022, the Federal Trade Commission reported that cryptocurrency traders in the United States lost $575 million due to investment fraud.

In an interview Sean Ragan said,

Mei Mei Soe, a Florida benefits manager who claims that she lost her whole life savings of $288,000 to a LinkedIn fraudster. Unlike Twitter and Instagram, LinkedIn does not have significant individuals verify to their profiles, even verification can be foolproof.