Ethereum Fork (EthereumPoW) Proposed Amid the Merge Slated Next Month 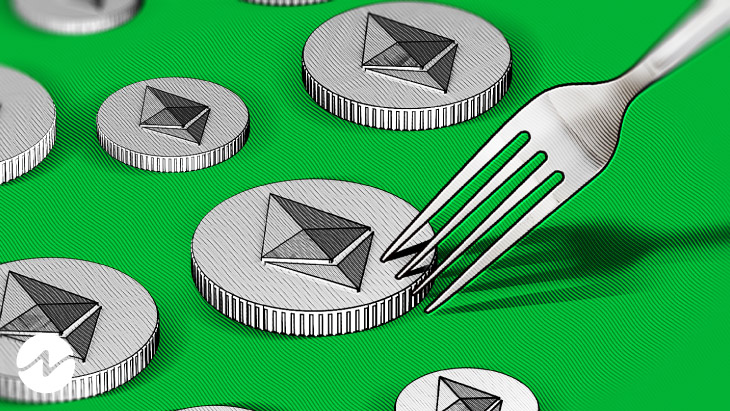 Ethereum fork supporters are getting ready to scrap the crucial EIP-1559. An Ethereum miner has written an open message to the community after receiving support from many industry heavyweights.

Towards the end of the transition towards proof-of-stake (PoS), the Twitter account of the proposed chain-split fork, EthereumPoW, claimed that the formerly “almighty” Ethereum Foundation had given up on “decentralization” as one of its aims.

In a lengthy discussion, backers of the Ethereum fork argued that the Ethereum Foundation was trying to use EIP-1559 to promote a favorable theme at the cost of the miners. They said the “elites” were silencing the miners while in reality, the working class is a political force that should possess some political power and influence for the sake of a more representative government. They further claimed that miners were pressured into participating.

The EthereumPoW group, who call themselves truly decentralized, has guaranteed that the new token will not be pre-mined and that there will be no inflation. The group will continue to prioritize protecting Proof-of-Work and the Nakamoto Consensus process.

In an interview with Bloomberg, Chandler Guo, a renowned Chinese miner, said that numerous Ethereum mining manufacturing businesses had come out to him to begin forking endeavors. Soon after the controversial founder of Tron, Justin Sun, backed the idea of a hard fork, it acquired widespread support.

Although Guo is the driving force behind the proposed fork, it has also received backing from BitMEX, a derivatives platform that just released a futures contract that would allow speculators to trade leveraged ETHPOW.

Circle, another stablecoin platform, has declared its complete support for Ethereum’s POS chain transition. Competitor Tether likewise announced its readiness to support Ethereum’s new blockchain upon its release. However, Chainlink has said explicitly that it would no longer accept Ethereum forks after the planned Merge on September 19th.

The largest cryptocurrency exchange in terms of trading volume, Binance, has said that it would not completely rule out supporting the next contentious fork of Ethereum, ETHPoW.

The “merge” is a protocol update that will occur on or around September 19 and will finalize Ethereum’s upgrading to a proof-of-stake consensus mechanism, and the exchange has declared that it will support the upgrade.

The corporation did, however, mention that it may back “merge resistors” who want to keep using proof of work and launch their own separate network and cryptocurrency. Binance said in a statement released Wednesday that “in case of new forked tokens, Binance will evaluate the support for distribution and withdrawal of the forked tokens.”