Embattled crypto business Voyager Digital was handed a stop and desist order by U.S. financial authorities from the Federal Reserve and Federal Deposit Insurance Corporation on Thursday. Voyager is accused by the agencies of making “false and misleading” assertions about the government-insured status of its clients’ cash.

Federal Deposit Insurance Corporation (FDIC) initiated an investigation into Voyager’s claims of FDIC insurance via the firm’s collaboration with Metropolitan Commercial Bank on July 8. MCB’s FDIC-insured status does not imply that Voyager as a corporation is FDIC-insured.

Due to a $661 million exposure to the failing crypto hedge fund 3AC, Voyager filed for bankruptcy on July 5. It is now being accused of falsely claiming to be FDIC-insured on its website, app, and social media accounts, among other things.

Regulators demand that Voyager delete any and all claims, representations or references that imply Voyager is insured, or that customers will be insured by the FDIC in the event of Voyager’s collapse.

It looks like Voyager has already begun the process of implementing the regulations. When Voyager first announced in a December 2019 blog post titled “USD held with Voyager is now FDIC Insured,” it said that the FDIC insurance protects both Voyager and its banking partner in the event of collapse and that its mutual clients are guaranteed a full refund for up to $250,000.

“That means you are covered in the event of MCB’s failure, up to a maximum of $250,000 per Voyager customer. FDIC insurance does not protect against the failure of Voyager, but to be clear: Voyager does not hold customer cash, that cash is held at MCB.” 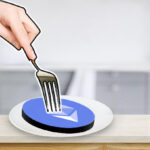