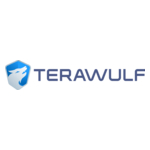 EASTON, Md.–(BUSINESS WIRE)–$WULF #Bitcoin–TeraWulf Inc. (Nasdaq: WULF) (“TeraWulf” or the “Company”), which owns and operates vertically integrated, domestic bitcoin mining facilities powered by more than 91% zero-carbon energy, today provided an operational update and more detail regarding its cost-reduction initiatives that are underway to ensure the Company maintains greater resiliency in a low-priced Bitcoin environment. The Company also reiterated that the Lake Mariner facility is not impacted by the two-year moratorium on new permits for fossil fuel powered proof-of-work mining, which was recently signed into law by the Governor of the State of New York.

Following the Q3 2022 energization of Building 1 (50 MW) at the Lake Mariner facility in New York, TeraWulf continues to rapidly expand its self-mining capabilities. Construction activities on Building 2, also 50 MW, are substantially complete and the Company expects to achieve total capacity of 110 MW at the Lake Mariner facility in Q1 2023. Currently, the Company is operating approximately 11,000 proprietary miners and 6,500 hosted miners with plans to deploy an additional 7,000 proprietary miners in Q1 2023 at the Lake Mariner Facility. TeraWulf’s priority is to utilize the open capacity (10,000 – 12,000 slots) at Lake Mariner for self-mining but will continue to evaluate potential hosting arrangements that leverage the Company’s vertical integration and optimize capital efficiency.

The Nautilus Cryptomine facility, which has access to an initial 200 MW of mining capacity from Talen’s 2.3 GW Susquehanna Nuclear Station in Pennsylvania, with an option for an incremental 100 MW, is in the final stages of construction and is projected to begin mining at scale in Q1 2023. Pursuant to the Nautilus JV, TeraWulf owns and is expected to operate 50 MWs of mining capacity at a five-year contracted fixed rate of $0.02 per kilowatt hour, which is among the lowest power pricing in the sector. The Company has received or is awaiting delivery of approximately 15,000 miners (1.7 EH/s) to fill its 50-MW share of the Nautilus Cryptomine facility in Q1 2023. The miners for TeraWulf’s share of the Nautilus Cryptomine have been paid for and the Company does not expect any additional infrastructure related capital expenditures to be required.

TeraWulf continues to target achieving a total of approximately 6.6 EH/s of operational mining capacity across its two mining facilities in Q1 2023.

On November 22, 2022, the Governor of the State of New York, Kathy Hochul, signed into law legislation that had been approved earlier this year by the State Assembly, which restricts the issuance of new air permits for proof-of-work mining operations sourcing energy from fossil fueled power plants.

This bill does not impact operations at TeraWulf’s Lake Mariner Facility in New York as the facility does not source energy directly from a fossil fuel power plant, but rather utilizes >91% sustainable, zero-carbon energy from the grid.

TeraWulf will continue to expand its sustainable mining footprint at the Lake Mariner facility and partner with the New York Power Authority (NYPA) and other state entities to participate in programs that provide the State’s grid with a significant demand energy response capability.

“We are pleased with the ramp in mining operations achieved at Lake Mariner in a brief period of time and despite the difficult market environment. Given our industry leading low cost of power at our two mining facilities, we believe we are going to be one of the few players that can sustainably operate in a prolonged low-price bitcoin environment,” stated Paul Prager, Co-founder and Chief Executive Officer of TeraWulf. “The recent regulatory actions in New York serve to reinforce our belief that a sustainable, zero-carbon power strategy is critical for long-term success in the bitcoin mining industry, particularly at a time when bitcoin mining and crypto in general have come under greater regulatory scrutiny.”

TeraWulf (Nasdaq: WULF) owns and operates vertically integrated environmentally clean bitcoin mining facilities in the United States. Led by an experienced group of energy entrepreneurs, the Company is currently operating and constructing two mining facilities, Lake Mariner in New York, and Nautilus Cryptomine in Pennsylvania, with the objective of 800 MW of mining capacity deployed by 2025. TeraWulf generates domestically produced bitcoin powered by nuclear, hydro, and solar energy with a goal of utilizing 100% zero-carbon energy. With a core focus of ESG that ties directly to its business success, TeraWulf expects to offer attractive mining economics at an industrial scale.

This press release contains forward-looking statements within the meaning of the “safe harbor” provisions of the Private Securities Litigation Reform Act of 1995, as amended. Such forward-looking statements include statements concerning anticipated future events and expectations that are not historical facts. All statements, other than statements of historical fact, are statements that could be deemed forward-looking statements. In addition, forward-looking statements are typically identified by words such as “plan,” “believe,” “goal,” “target,” “aim,” “expect,” “anticipate,” “intend,” “outlook,” “estimate,” “forecast,” “project,” “continue,” “could,” “may,” “might,” “possible,” “potential,” “predict,” “should,” “would” and other similar words and expressions, although the absence of these words or expressions does not mean that a statement is not forward-looking. Forward-looking statements are based on the current expectations and beliefs of TeraWulf’s management and are inherently subject to a number of factors, risks, uncertainties and assumptions and their potential effects. There can be no assurance that future developments will be those that have been anticipated. Actual results may vary materially from those expressed or implied by forward-looking statements based on a number of factors, risks, uncertainties and assumptions, including, among others: (1) conditions in the cryptocurrency mining industry, including fluctuation in the market pricing of bitcoin and other cryptocurrencies, and the economics of cryptocurrency mining, including as to variables or factors affecting the cost, efficiency and profitability of cryptocurrency mining; (2) competition among the various providers of cryptocurrency mining services; (3) changes in applicable laws, regulations and/or permits affecting TeraWulf’s operations or the industries in which it operates, including regulation regarding power generation, cryptocurrency usage and/or cryptocurrency mining; (4) the ability to implement certain business objectives and to timely and cost-effectively execute integrated projects; (5) failure to obtain adequate financing on a timely basis and/or on acceptable terms with regard to growth strategies or operations; (6) loss of public confidence in bitcoin or other cryptocurrencies and the potential for cryptocurrency market manipulation; (7) the potential of cybercrime, money-laundering, malware infections and phishing and/or loss and interference as a result of equipment malfunction or break-down, physical disaster, data security breach, computer malfunction or sabotage (and the costs associated with any of the foregoing); (8) the availability, delivery schedule and cost of equipment necessary to maintain and grow the business and operations of TeraWulf, including mining equipment and infrastructure equipment meeting the technical or other specifications required to achieve its growth strategy; (9) employment workforce factors, including the loss of key employees; (10) litigation relating to TeraWulf, RM 101 f/k/a/ IKONICS Corporation and/or the business combination; (11) the ability to recognize the anticipated objectives and benefits of the business combination; and (12) other risks and uncertainties detailed from time to time in the Company’s filings with the Securities and Exchange Commission (“SEC”). Potential investors, stockholders and other readers are cautioned not to place undue reliance on these forward-looking statements, which speak only as of the date on which they were made. TeraWulf does not assume any obligation to publicly update any forward-looking statement after it was made, whether as a result of new information, future events or otherwise, except as required by law or regulation. Investors are referred to the full discussion of risks and uncertainties associated with forward-looking statements and the discussion of risk factors contained in the Company’s filings with the SEC, which are available at www.sec.gov.