Russia seems to be stuck in incessant troubles post the war on Ukraine. Ever since the country invaded neighboring regions, cross-border relationships don’t appear to be very diplomatic with other parts of the world. The recent struggle added to Russia’s plate is the default on debts.

The deadline to repay the debt along with the 30 days extension reached the threshold. The original timeline was on May 27. The country is accounted to hold around $40 billion as foreign bonds and before the war, $640 billion was held in foreign reserves as gold and other forms of currencies.

The last time when the nation had to face such similar difficulty was in 1998 when the default was $40 billion as the ruble collapsed. And they got back the stability with the help of foreign aid. But now all of that asset has been frozen because of the ban by the Society for Worldwide Interbank Financial Telecommunication (SWIFT).

In an interview, last month, Anton Siluanov, the Russian Finance Minister, expressed that there are enough funds to settle the debts and the hurdles will be easily overcome by the Russians.

“There is money and there is also the readiness to pay. This situation, artificially created by an unfriendly country, will not have any effect on Russians’ quality of life.”

The U.S treasury department has closed Russia’s ability to use native banks to pay back the existing debts. This ban is said to be one of the major reasons for Russia to currently fast forward the crypto adoption process. Analysts have made statements that this default will not have a huge impact as of 1998 one. 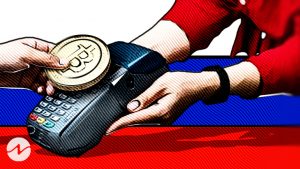