Bitcoin (BTC) may be poised for a huge cycle after seeing significant gains, rising adoption of non-fungible tokens (NFTs), and a growing crypto sector in the previous year. Michael van de Poppe, a well-known cryptocurrency trader, believes the market is concluding its cycle, given that it has already witnessed enormous profits and expanded acceptance.

“We’ve seen platforms accelerating, we’ve seen the rise of NFTs, and we’ve seen the ecosystem grow even more, which means that the adoption is growing heavily to and that is something that goes exponential. So the actual big gains or most of the gains are made at the last part of the cycle.”

Long Positions Rather Than Short Ones

Like the dot-com boom, Poppe said the market is undergoing fundamental adoption right now. In addition to countries, people are moving money from one country to another using DeFi or just using a transfer or crypto to make the transfer.

Lastly, Poppe delved into the reasons why Bitcoin’s valuation is so low compared to its genuine value at this point. Long-term holders are consolidating their holdings slowly as the market is coming back up, which is why BTC is now trading at such a low value.

In this time frame, traders should begin to reduce their holdings or at least begin to consider doing so. According to him, a major bull run in bitcoin is expected, and traders should search for long positions rather than short ones when dealing with them. According to CoinMarketCap, the Bitcoin price today is $43,334.49 USD with a 24-hour trading volume of $18,228,573,011 USD. Bitcoin is up 0.44% in the last 24 hours. 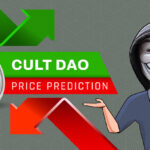