It’s been a year of record highs and profits for cryptocurrencies, but the market is in a state of intense panic now. Several significant events have occurred recently that needs consideration.

China’s crackdown on the sector, the Federal Reserve’s decision to hike interest rates, and a political crisis in Kazakhstan have all taken a toll on the crypto market. For years, the Chinese government restricted the usage of digital currencies, but its most recent crackdown barred all crypto transactions and mining inside the nation.

ICOs, block exchanges, and speculation have been targeted by new Chinese legislation. China has ordered the halt of Bitcoin mining in Sichuan province and told banks to cease facilitating crypto transactions in its latest step to limit cryptos. The country’s central bank has banned all cryptocurrency transactions.

Miners from China’s exiled mining community have been flocking to Kazakhstan, a nation welcoming them with open arms since 2019. The government of Kazakhstan had anticipated that the mining sector would attract global miners, and a new source of income would be generated by the country’s cheap and plentiful coal power.

During the revolt that began on January 2nd, the internet in Kazakhstan was shut down, creating a drop in Bitcoin’s computational capacity. According to reports, about 12 percent of Bitcoin’s global computing capacity was lost within hours of the outage. Hashrate has reverted to normal as the country’s internet connectivity was mostly restored. It is too early to say how the market would turn out this year. 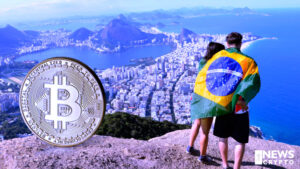