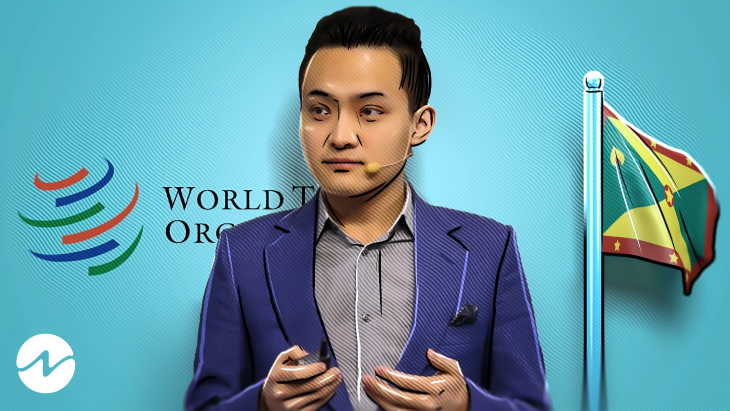 Justin Sun the founder of TRON joined the Twelfth Ministerial Conference (MC12)  as an ambassador of the Grenadan government to the World Trade Organization (WTO) in June and spoke  about significant topics like the digitalization of the economy and blockchain technologies.

Justin Sun, Ambassador and Permanent Representative to the WTO led the delegation from Grenada said;

We see e-commerce and the broader digital economy including developments in areas such as blockchain technologies, as the next frontier in terms of the acceleration of global economic growth and development including foresees. Therefore we are intent on not being left behind.

The conference generally addresses a wide range of subjects, such as protection, e-commerce moratorium, and trade facilitation. Sun touched on a range of global concerns while discussing the small Island developing states, including ecology, e-commerce, economies, and other challenges.

Before the COVID19, Grenada’s economy expanded rapidly, execution of significant reforms and favorable external factors. Between 2014 and 2019, real GDP growth was an average of 4.5%, and the coronavirus-related decline in GDP in 2020 was 14%. Real GDP grew by 5.6% in 2021, with output expected to grow by 3.6% the following year. However, the country is seeing a rise in commodity prices.