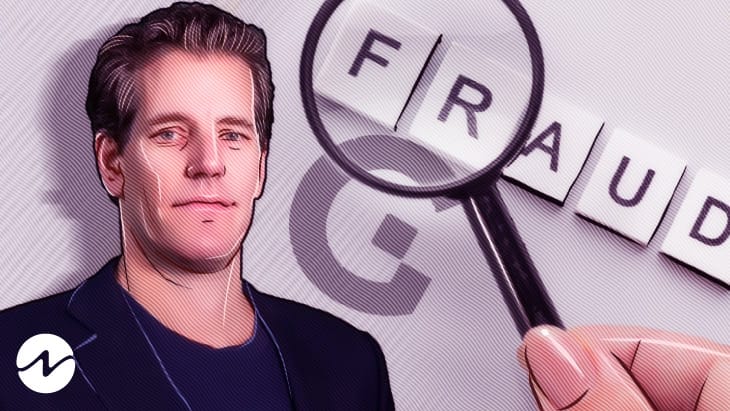 Cameron Winklevoss, the co-founder of Gemini, has sent a letter to the Digital Currency Group (DCG) in which he accuses crypto lender Genesis of defrauding Gemini and its 340,000 customers. Three pages of accusations against the lender and its parent firm were shared on Twitter today.

In the statement, Winklevoss lays out the many false accusations that have been levelled against Gemini. Since the collapse of Three Arrows Capital (3AC). The collapse was one of the year’s major stories, and Genesis took action in response to it.

It’s safe to say that 2022 will go down in history as one of the worst years for the cryptocurrency market. Many platforms failed as a result of the market collapse brought on by falling pricing, macroeconomic issues, and the exposure of fraudulent operations.

The year 2023 started on a high one for the market, but now allegations of fraud have made headlines. Cameron Winklevoss, the co-founder of Gemini, has gone on record claiming that Genesis fraudulently obtained funds from the exchange. The founder also claims that the public complaints show how the service’s 340,000 customers were misled.

Additionally, it is claimed that they conspired to create false assertions and misrepresentations of Gemini in the statement. Moreover, he mentioned their deception to “earn users, other lenders, and the public at large about the solvency and financial health of Genesis.”

Winklevoss continues by describing their interpretation of the events. Until their bankruptcy in 2022, 3AC used $1.36 billion in loans from Genesis, according to the piece.  Genesis said that when collateral was liquidated it was left with a negative of at least $1.2 billion.