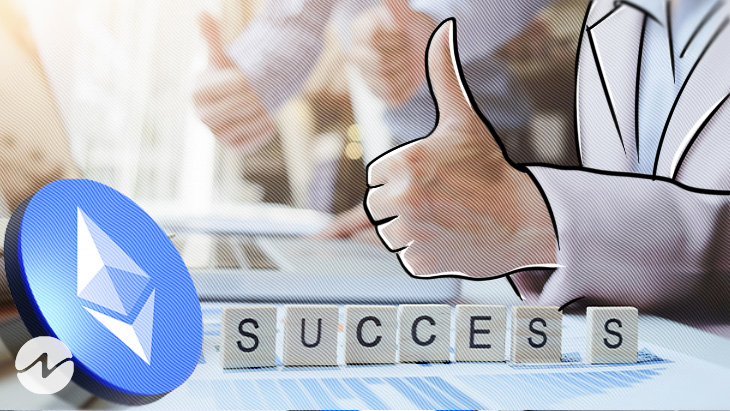 The final and third Ethereum testnet, the Goerli test environment network has moved successfully from Proof-of-Work (PoW) to Proof-of-Stake (PoS). The transition in the network happened when the Terminal Total Difficulty (TTD) surpassed the 10,790,000 threshold at 1.45 UTC on Thursday.

On July 27, the announcement about the Goerli/Prater Merge was made on the Ethereum foundation blog. The Bellatrix Prater upgrade happened at the epoch 112260. Now the merge is expected to hit the market in 5 weeks, the final date will be decided by the Ethereum core developers.

The Ethereum shift from PoW to PoS was in the plan for decades, and the shift was postponed for a long time too. But the Ethereum team was confident about the shift this year, the first Ropsten testnet merge took place in early June. And the second Sepolia merge proceeded as planned in July. Both the testnet’s massive success boosted the Ethereum developer team’s confidence.

The merger is now the elephant in the crypto market, many major exchanges are supportive of this merger too. Crypto investors are eagerly waiting for the event, which has been replicated in the price surge of the ETH, the coin is now trading at a $1,886 price with a trading volume of $ 28 billion. The market cap is $229 billion with 121 million circulating supply, as per the CMC data.