Elon Musk, CEO of Tesla, tweeted out a snapshot of many fictitious accounts purporting to be Binance CEO Changpeng Zhao’s replies to Musk yesterday and claimed that “90% of [his] comments are bots.” Binance’s official Twitter account replied, “Twitter please, I see enough of my boss already.”

And 90% of my comments are bots 🤖 pic.twitter.com/A7RKyNJZoR

Quickly after, Zhao chimed in to say that although he is the genuine poster below the tweet, 90% of Musk’s replies are bots. Musk has pledged $44 billion to purchase Twitter for $54.20 a share, beginning a lengthy and difficult journey to acquire the social media site.

When Musk announced his intention to make the purchase, Zhao backed him up by investing $500 million in the deal. Sequoia Capital and Andreessen Horowitz, two prominent cryptocurrency-focused VC companies, also contributed $800 million and $400 million, respectively. The CEO of Tesla had ambitious intentions to transform Twitter before he tried to back out of the transaction.

Musk allegedly wanted to open-source Twitter “so that people can critique it, improve it, identify bugs, potentially, or bias.” This was according to a transcript of an internal Q&A session obtained by Vox. In addition, a subscription system that accepts Dogecoin was supposed to be developed, along with an edit button to make changes to existing content.

Musk, CEO of Tesla, has been suing Twitter since April when their original agreement was signed. Musk alleged that Twitter misrepresented the prevalence of spam accounts on the service. Even more dramatically, Musk said the purchase “cannot move forward” unless Twitter makes this information public.

While Musk signed a $44 billion merger deal with Twitter. He claims in the petition that he was “hoodwinked by Twitter.” 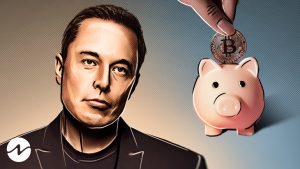