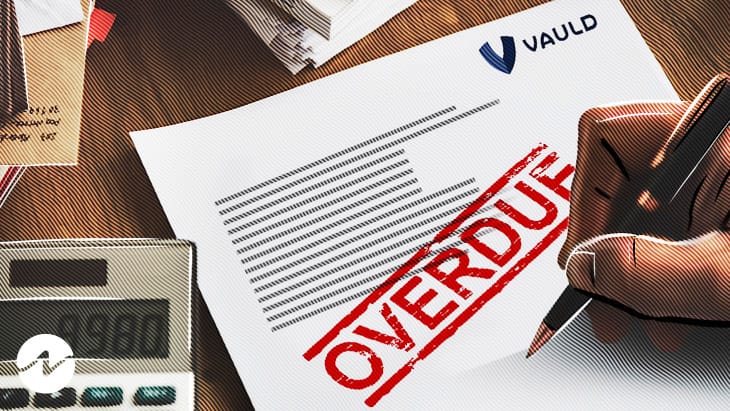 Singapore-based Vauld, a cryptocurrency lending, and trading company owe its debtors $402 million, according to The Block. Vauld CEO Darshan Bathija submitted a statement to Singapore’s High Court on July 8 stating that Vauld’s clients had deposited $363 million, or nearly 90 percent of the total, in an email to consumers on July 18.

Company Has a $70 Million Gap

$34 million is apparently owing to Vauld’s biggest individual retail creditor. An unknown secured creditor also has an outstanding debt of $35M making the total debt of $125M for the company’s 20 biggest unsecured debtors.

The crypto exchange formed by Sam Bankman-Fried, FTXTrading Ltd, is also a secured creditor and is owed $4.1 million. Based on court records and an affidavit, Vauld possesses $287.7 million in different cryptocurrencies. In reality, the company’s assets are valued roughly $330 million since the affidavit excludes bank balances from the total. According to a different source, the company has a $70 million gap.

Vauld, a startup sponsored by the likes of Peter Thiel’s Valar Ventures, Pantera Capital, and Coinbase Ventures, ceased operations on July 4 due to financial challenges stemming from the unstable market circumstances. Earlier this week, the company stated that it had filed for bankruptcy protection in a Singapore court to give itself “the breathing space” needed to prepare for the restructure it had planned.

Moratorium orders are similar to Chapter 11 bankruptcy under US law because they allow a company to continue operating. At the same time, it attempts “reach an agreement or settlement with its creditors, seek fresh sources of funding or restructure its business,” which is described as “generally similar in concept.” Meanwhile, Nexo, a crypto financing firm, has stated its interest in purchasing Vauld pending a 60-day due diligence period, which Vauld is continuing to negotiate.