The Bitcoin (BTC), the revolutionary cryptocurrency which changed the perspective of the whole world came into existence in 2009. At the beginning obviously no one took the concept of digital currency seriously. And so the starting years were slow and gradual even for the mighty king of cryptos. In spite of this, the world’s oldest and very first BTC mining pool came out only in the year 2010.

This was the currently still active, the Braiins, a.k.a Slush Pool. In spite of the years over more than 22 years into the industry, the Braiins still operates effortlessly, despite numerous competitors over the years. Moreover, so far Braiins is estimated to have mined more than a whopping 1.3 million BTC. And so, more than 1.3 million BTC currently in circulation is from Braiins BTC mining pool alone.

The Braiins was initially known as ‘Bitcoin.cz’, and was first started in Prague, Czech Republic. It was initially founded by one of the best and very first entrepreneurs of the crypto industry, Mark Slush Platinus. At that time, the Braiins firm was actually a Linux development and research software firm. Soon as the concentration of Mark Slush Platinus moved over to starting a new business, coming up with the world’s very first digital hardware crypto wallet, the Trezor.

In spite of this, Braiins took over Bitcoin.cz from Mark Slush Platinus and rebranded it as ‘Braiins’, and also known as the ‘Slush Pool’ in many parts too. Currently, the Braiins is the world’s largest BTC mining pool.

Furthermore, the total number of users accounts to a whopping 15,000. In addition to this, the Braiins accounts for about 5% to 8% of the complete BTC hash rate overall. Also, it’s estoimated that so far more than 1.3 million BTC’s have been mined by Braiins, since the beginning.

Besides all this, the Chief Marketing Officer of Braiins, Kristian Csepcsar puts forth his views upon the industry and his firm too in a recent interview. Accordingly, Kristian Csepcsar, terms that the aids of firmware is extremely important when it comes to mining of BTCs, unlike other altcoins.

True to the fact that BTC requires the most electricity for mining, than all other crypto’s. However, all this immense power requirement could be only regulated properly at certain intervals only with the firmwares.

Moreover, as other competitors are adding on more and more hard forks of BTC into their mining pools, Braiins sticks only to BTC. The CMO states that they will be only concentrating upon BTC mining, remaining true to their core values. 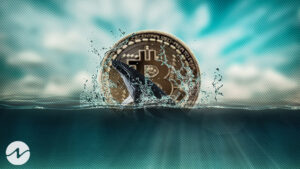