Bitcoin and other cryptocurrencies fell on Friday as traders reacted to hawkish remarks made by Federal Reserve Chairman Jerome Powell during a major address at the Jackson Hole economic summit, an event that had dominated the markets all week.

The price of Bitcoin dropped 6.3% in the last day to $20,251.34, returning it to a weekly low that had been left behind in the prior days’ gradual rise. 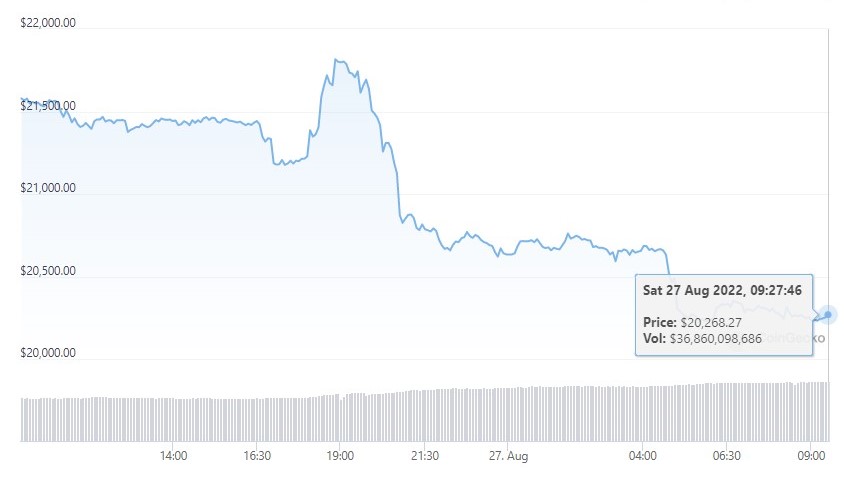 Drastic Down on Crypto Market

At its upcoming meeting in September, the Federal Open Market Committee will decide whether to raise rates by 50 or 75 basis points. Powell said the decision will depend on the totality of the incoming data and the evolving outlook. The Fed chair predicted that successful inflation control would most likely lead to slower economic growth for a sustained period. Interest rates would have to remain there for a long time in order to achieve that, he cautioned.

Powell forecasted some pain for consumers and companies as well as quite likely some deterioration of labor market conditions. He continued, Failure to restore pricing stability will result in much worse suffering.

Following Powell’s speech, the majority of cryptocurrencies likewise decreased in value, with FLOW, the 24-hour loss at 11%. The market cap of Ether (ETH), the second-largest cryptocurrency after bitcoin, decreased by 8.5%.