In BEAM price prediction 2021, we use statistics, price patterns, ADX, and much other information about BEAM to analyze the future movement of the cryptocurrency.

Beam is a scalable, private cryptocurrency built on the MimbleWimble and LelantusMW protocols, with the goal of exploring the world of confidential Decentralized Finance (DeFi).

Moreover, BEAM has a circulating supply of 90,579,280 BEAM. Currently, BEAM trades in cryptocurrency exchanges such as Binance, BitForex, BitZ, Gate.io and XT.COM.

A head and shoulders pattern is a performance measure with three peaks on a chart, the outside two being close in height and the middle being the highest.

More so, the theory explains that the chart formation forecasts a bullish-to-bearish trend reversal. One of the most reliable trend reversal patterns is the head and shoulders pattern.

Currently, BEAM is waving at its third fall at $0.56. After this, BEAM would continue to fall. With this pattern, BEAM will soon reach $0.46. If the trend reverses, then the price of BEAM may rise to $2.06.

The below chart shows the support and resistance level of Beam (BEAM).

From the above chart, it is observed that the following are the resistance and support level of BEAM.

The chart depicts the bearish performance of BEAM over the previous month. However, this trend will continue to fall then BEAM would reach support level at $0.46. On the contrary, if the trend reversed then BEAM might rise to $0.90 presenting a bullish signal.

Let us now look at BEAM’s Average Directional Index (ADX). In particular, the ADX assists traders in determining the strength of a trend rather than its direction. It can also be used to determine whether the market is changing or if a new trend is beginning. It is, however, linked to the Directional Movement Index (DMI).

The above chart represents the ADX of BEAM which made a downtrend crossover in mid-May. Currently, the range of ADX is at 16.86, so it indicates a weak trend.

The BEAM is one of the cryptos which is great for long-term investment. In addition, short-term BEAM price prediction is bearish. But, it has a good chance of reaching $2.06 this year. However, this will only happen if many previous psychological barriers are broken.

Furthermore, with the advancements and upgrades on the BEAM ecosystem, the performance of BEAM would rise reaching $2.06 very soon. But, it might also reach $3 if the investors believe that BEAM is a good investment in 2021. 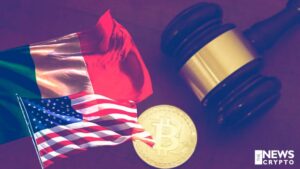