On Thursday, September 16, Avalanche (AVAX) has reached its new all-time-high (ATH) at $68.89. In the past few months, the Avalanche has expanded to compete with Ethereum (ETH) network’s superiority among smart contract platforms. The Avalanche layer-one protocol is capable of exceeding 4,500 transactions per second (TPS).

More so, there are three reasons behind the AVAX price surge.

The first main reason for the new all-time high of Avalanche AVAX is the recent major funding round.  Furthermore, the three major capital funds Polychain Capital, Three Arrows Capital, and Dragonfly capital took part in a $230 million funding round for the project.

More so, this shows the largest investment into the Avalanche ecosystem to date. Also mentions that larger institutional players are starts to take an interest in the Ethereum competitor.

A second important reason is liquidity migration and increases in TVL  that drive Avalanche to new heights. Henceforth, the continual migration of crypto assets from one network like Ethereum to Avalanche to take part in its expanding decentralized finance (DeFi) ecosystem. The track of asset migration can be seen in total value locked (TVL) data enabled by DefiLlama, which displays the TVL on Avalanche has been increasing gradually since August 19 and on September 16 it had reached a new height of $2.17 billion

The reason for the increase in total value locked(TVL) is the launch and growth of many successful decentralized finances (DeFi) protocols on Avalanche. Which includes Benqi (QI), Trader Joe (JOE), and Pangolin (PNG).

The last main reason for the price surge is the collaboration and incorporation announcement by Avalanche network that have attracted many investors and put the spotlight on the project.

Eventually, a popular collectibles and sports memorabilia company Topps has been collaborated with the Avalanche network to provide a non-fungible token (NFT) based on digital sports. 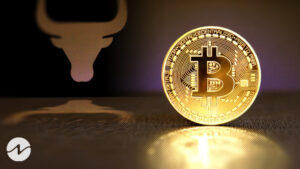 Bitcoin (BTC) Innings of the Day Top 5 Cryptocurrencies of The Week